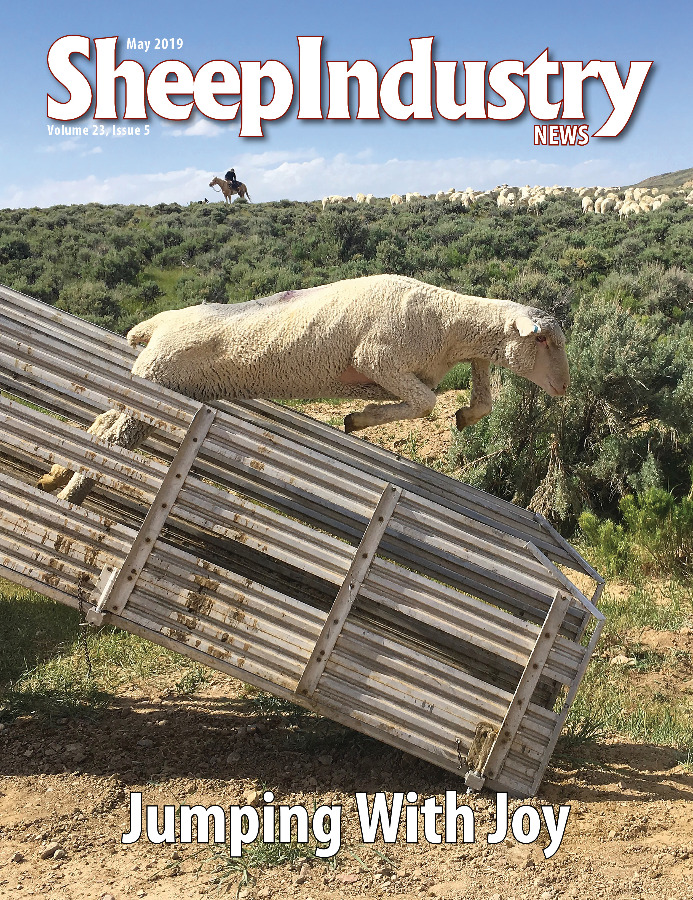 I have heard more than once from different folks that ASI does not advertise different types of livestock or shows favoritism to some breeds over others. Let me set the facts straight, ASI is the national trade organization representing the interest of the sheep industry in legislation, regulations, animal health and producer communications.

It is not an organization that advertises any one breed. ASI promotes the sheep industry and our publications aim to use pictures representing people and animals of our business, as well as the country that we graze. We have worlds of variety in the sheep business, but we can’t get it all in every issue or communication piece. However, when viewed across several dozen brochures, magazine issues, digital and web communications, we show a lot of the different breeds, as well as production systems.

I might add, different types of livestock and wild game benefit from our efforts. For example, our support of Wildlife Services and predation issues have a nationwide impact every day. In our monthly Sheep Industry News, there are many paid ads that cover different types of livestock, as well as equipment and other things. Take a minute to look through the Breeder’s Directory in the back pages. This is how you get your individual story out there. You might want to visit with Sheep Industry News Editor Kyle Partain – email him at kyle@sheepusa.org or call 303-771-3500, ext. 106 – about your particular story to see if there’s a place for it in the magazine.

I am the sheep sales manager for the largest sheep and goat auction in the United States. Producers Livestock Auction in San Angelo, Texas, is an ethnic-driven market and has been for some time. Texas was once the largest wool producing state in the country, but those days are long gone. We still have the most sheep – many of which are hair sheep. The last report available showed 2010 was the last year we sold more wool lambs than hair lambs. Now, it is more than four-to-one in favor of hair lambs. The hair sheep males are generally not castrated, and for the most part go directly to the ethnic slaughter channels and not to the traditional feedlots.

Our Producers L/S family has run thousands of Rambouillet ewes for years. We also had a Suffolk program, where we sold yearling bucks for crossbreeding to produce superior feeder lambs. The times have changed our programs to herded hair sheep, due mainly to predation. In Texas, we have fences so the herder is there for protection of the ewes and lambs, unlike those on public lands in the western states that have to keep the herds in specific areas before going on to different feed sources. Our man basically lives with the sheep when they have lambs at their side and watches over them as any shepherd would do.

The wool sheep more times than not go to the traditional market, generally from the range to the feedlot then to major packing plants. Some of those plants are Superior Farms in California and Colorado, Mountain States Rosen in Colorado and Wolverine in Michigan.

The three plants, along with some smaller plants, process more than 38,000 lambs weekly that go mostly to restaurants and retail markets. We have recently had Taiwan and Japan open to our lamb exports after being closed due the 2003 case of BSE found in cattle in the United States. After years of requests by the ASI officers and staff to the U.S. Department of Agriculture, we have seen some long overdue success in the export market.

One of my goals in the months to come is to work on a balanced import/export market for our American lamb, which would also address efforts by the United Kingdom and European Union to send us highly subsidized product. They do not allow us access, so I feel very strongly that we must not allow their lamb into the United States. We already have lower-valued frozen lamb imports from Australia and New Zealand this year averaging more than 190 percent of domestic production.